When: from the 18th to the 20th of July of 2008
Where: Arteleku (Donostia-San Sebastian)
Project: New Basque Monsters
Working party: a project managed by Saioa Olmo inside the summer camps organized by Amasté.
Web: http://www.dinamikttak.com/dinamik08/

DINAMIK(TT)AK is a summer work camp about creativity aimed at young people that once finished their secondary art studies, want to learn about fields connected with art, design, fashion, cinema, journalism… The aim is to understand the creative processes as tools for bringing transformations about, and not as mere expressive tools for generating plastic representations.

During this work camp, the workshop NEW BASQUE MONSTERS took place, whose purpose was working about the shared Basque imagery, specifically related to fears and desires that we detect in the Basque society or that the participants themselves have.

The assistants were invited to create characters in the shape of monsters or superheros/heroines, who symbolized their fears and desires towards society. Thanks to some group dynamics, games and activities, we thought deeper about the theme and invented the features of this “new dynasty of mythological characters of the Basque Country of today”.

We created costumes of these characters and devised which could be their behaviour and way of acting. In Arteleku, we organized a “monster’s ring” where some characters had to face the others and test their faculties and weaknesses. After that, we went out to Donostia’s streets and we tried to interact with the passer-byers at the Boulevard and La Concha, looking for their reactions and inviting them to talk about the theme. 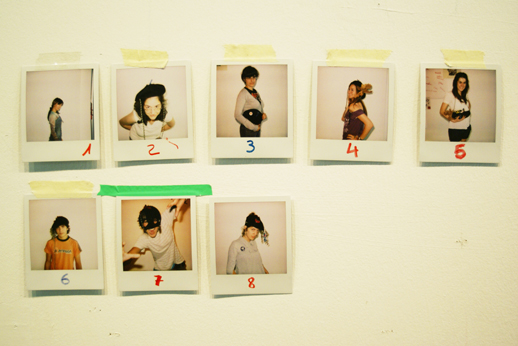