When: 11th of October of 2009
Where: Yard of Cittadellarte – Pistoletto Foundation (Biella, Italia)
What: Participative action about expressing desires and the mechanisms we establish for carrying them out.
Who: A Saioa Olmo’s project developed inside the Unidee-Pistoletto Foundation residence program, thanks to the recycling materials provided by REMIDA project and with the support of the Culture Department of Basque Government.

“Landing Desires” is an action to encourage people to express their desires, to share them with other people and to think what intention we have or what kind of effort we make to get them. The action is designed for this to happen in a playful framework.

People were invited to write down desires on the toy-parachutes which afterwards would be thrown from a tower by them. These parachutes were made with recycling materials and divided in between little ones (reserved for individual desires) and big ones (aimed at collective desires). Each person had to choose a parachute and the object to add to it. According to its weight, form and the way it was thrown, the parachute would work better or worse and people’s desires would perform a longer or shorter path.

Once these desires were built in the shape of parachutes, each person throw his/her dream or aspirations from the top of a tower trying to hit the targets (some circles placed on the floor). Desires landed in different ways: some of them stayed on near roofs, others didn’t reach the ground, other ones were caught by trees, other ones reached the targets by chance, others arrived fine thanks to the insistence of the person who throw them… 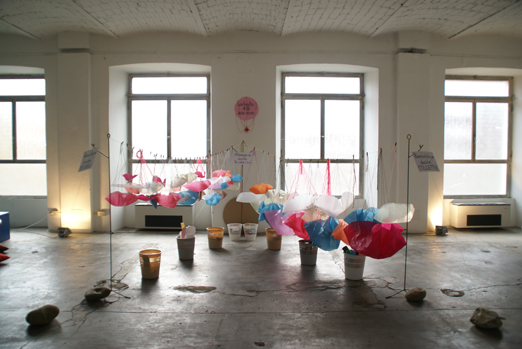 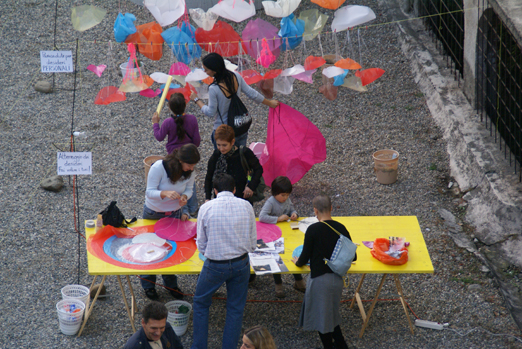