When: from the 9th to the 11th of October of 2009
Where: Casa del Mago of Cittadellarte (Biella, Italia)
What: Participative area about the mechanisms of desire, decision-taking and the own trayectories we plot
Who: A Saioa Olmo’s project developed inside the Unidee-Pistolleto Foundation program, carried out with the support of the Culture Department of the Basque Government.

“Digging for desires in la Casa del Mago” is a participative area related to mechanisms of desire: how we take decisions, which emotional or rational aspects we connect them with, which external elements interfere with our aspirations and how these desires and dreams influence the context in which they are generated. In order to work about these themes in a playful way, we decided to carry out an installation and participative dynamic in a building of apartments, “Casa del Mago”, which is in a dilapidated condition. Some flats of this house are in use and other areas still keep previous tenants’ belonging and rests of previous artistic activities. This house is full of stories, mysteries and rumours which convert it in a very appropriate place to do something in relation to desires.

The format of book “Choose your own adventure” was taken as reference, but carrying this strategy to the architectural space and taking advantage of the opportunities that the site and the life in it could offer. The game consisted on being guided by instructions that you could find all over the rooms of the building. Once you had chosen in between several options, you were redirected to other rooms in which you had to take again your own decisions. In some of these rooms, people could find some elements that had been deliberately set up there (such as videos, maps, installations…) and was requested to interact go to the next step. Sometimes during the play, you also had talk with inhabitants of the house to continue your way, and that could change the course of your decisions, introducing random issues.

You could play the game both in the morning and in the afternoon with flashlights, which made the experience completely different. There were a lot of possible ends. During the three days, more than 100 persons took part in the project. 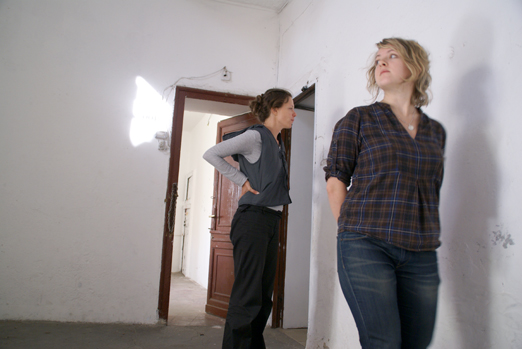 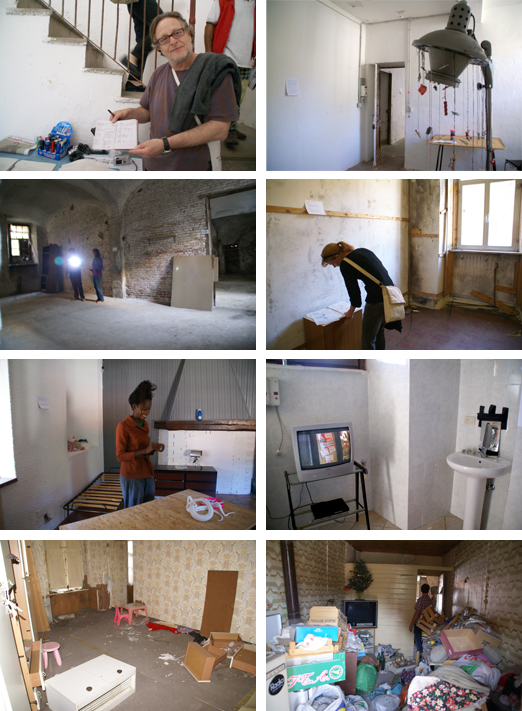